Export orders from your online store

You can now download a list of all orders from the online store in CSV format. The exported table contains all the necessary information about each of the orders: This information can be used for mass processing of orders; for example, when sending products by post mail, it's convenient to print a list of orders that you will send. Also, if you wish, you can contact your customers who have previously placed orders — it is much easier to find data about your customers in a single exported file. 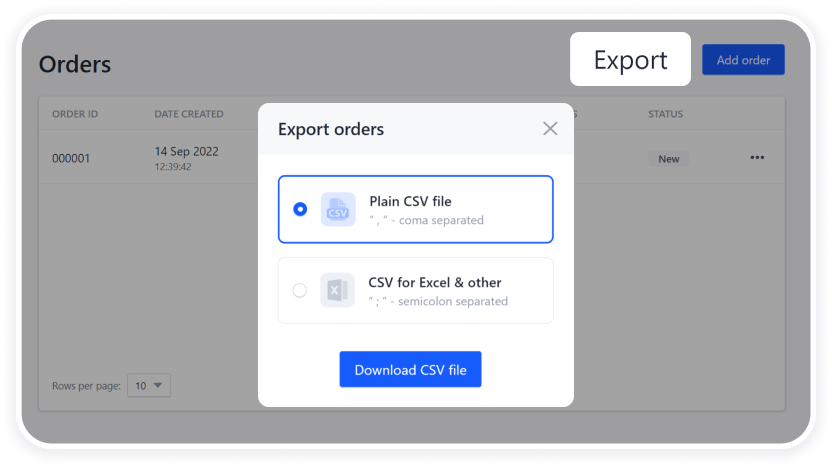 Export a CSV file with a list of requests you received from contact forms in Weblium CRM. It can be helpful if you want to process this information, for instance, add it into another CRM, analyze data, have an archive of deals, etc.

You can also upload all your clients' data from Weblium CRM, for example, to make a mailing list or call many clients, which is more convenient to do according to the list. 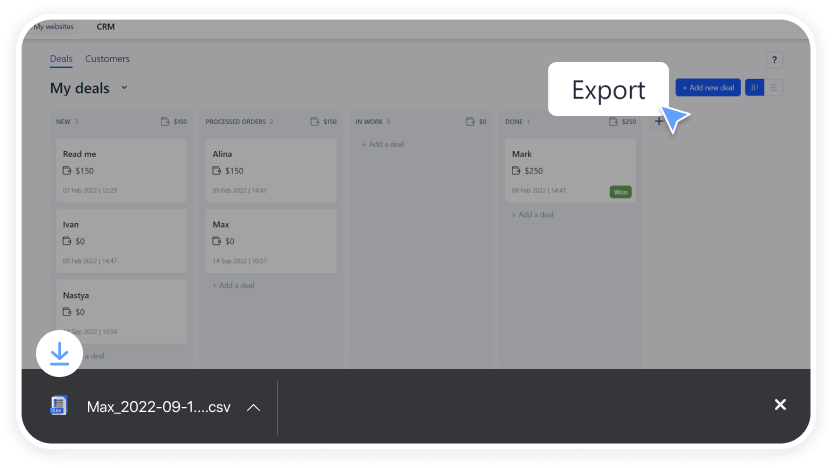 Information about your site and contact form in Weblium CRM 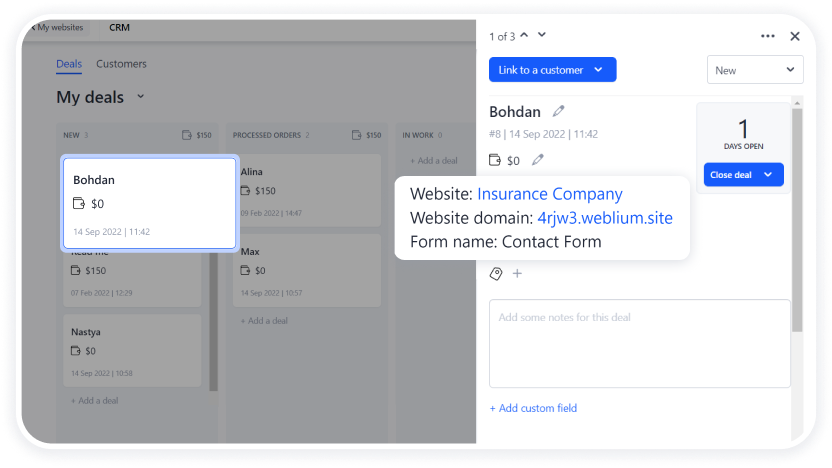 More languages in the Help Center

Now, in Weblium's English section of the Help Center, you can choose the articles' autotranslation to one of 5 languages: French, German, Italian, Portuguese, and Spanish.

It may be useful if you or some of your team members speak one of these languages. 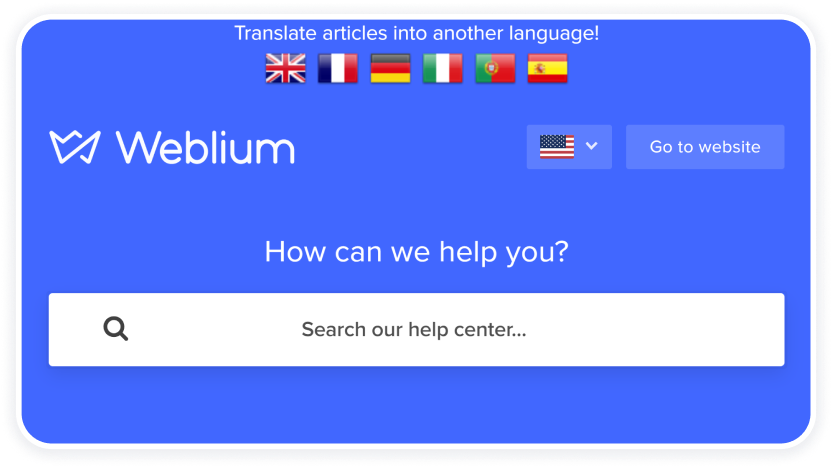 You can set a sale price for a product to draw shoppers' attention to the fact that the price has been decreased. You can choose a discount as a percentage or a fixed amount in the product settings. The old price is displayed with a smaller, strikethrough font and has a less bright color; this way, the discounted price is emphasized. The old and new prices are shown both on the product page, in the "Product" elements, and in other blocks of the online store.

The sale price is a great way to motivate your online store visitors to purchase your goods or services. 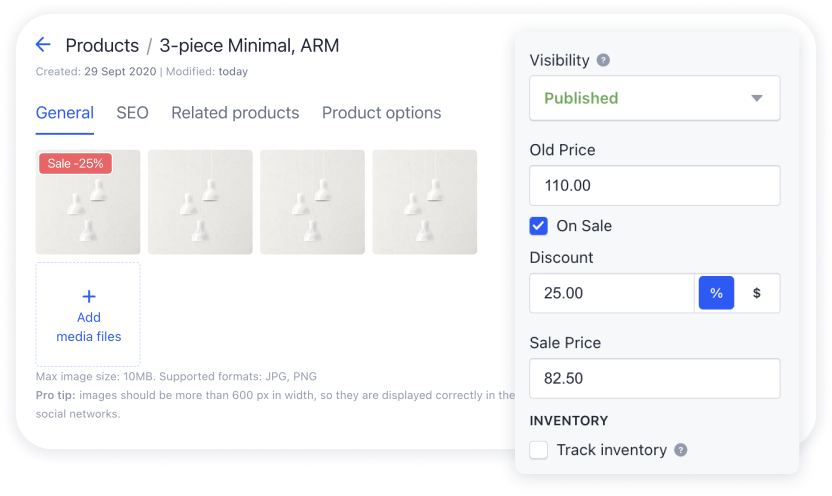 Extension of notifications about orders from the online store

New order notifications with fuller information than before. Now, it includes product options chosen by a customer and delivery method and price. So, you can get this information directly from the notifications about a new order and save your time!

Please note that product options are transmitted only if you have previously added them for the product purchased by a buyer. The shipment method and its price are passed if they were previously set in the site settings. 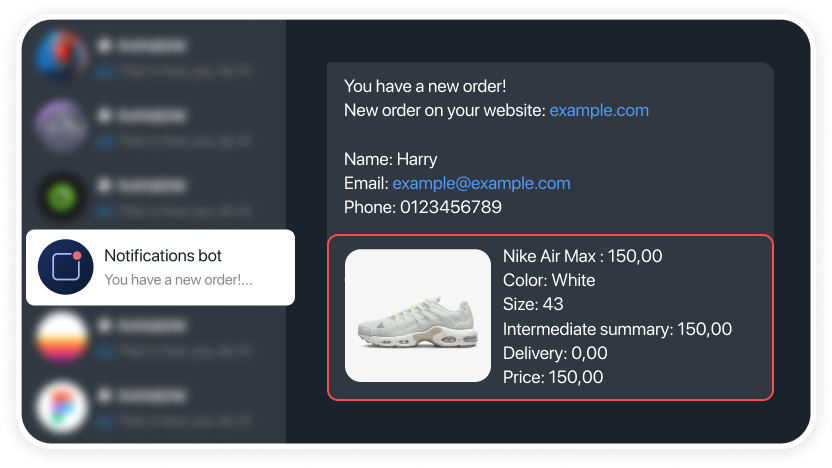 Fiscalization of checks in LiqPay and Fondy

We have improved integrations with LiqPay and Fondy services and now they support check fiscalization when receiving orders from online stores on Weblium. If you use one of these 2 payment methods, you can create automatically "digital checks" and send reporting information to the tax office much easier. Note that the mentioned payment methods work mostly for Ukrainian customers and all settings of the fiscalization should be made in the LiqPay and Fondy accounts. 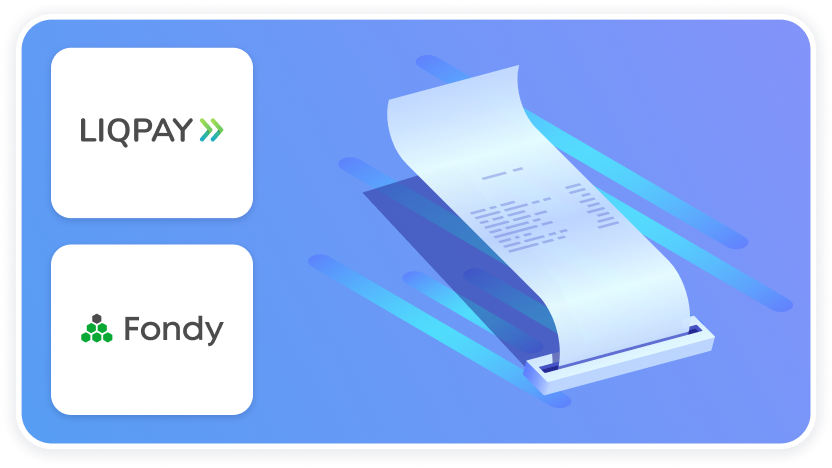 Weblium restricts file formats that can be attached to a message sent via a contact form. For example, to prevent potentially dangerous executable files (.exe) sent to you.

In this update, we have added such file formats as STEP, STP, SLDPRT, STL, DXF, IPT, 3MF, 3DXML, GLB, GlTF, PRT, and SAT to the previously existing standard formats. These types of files are important for those involved in 3D modeling. 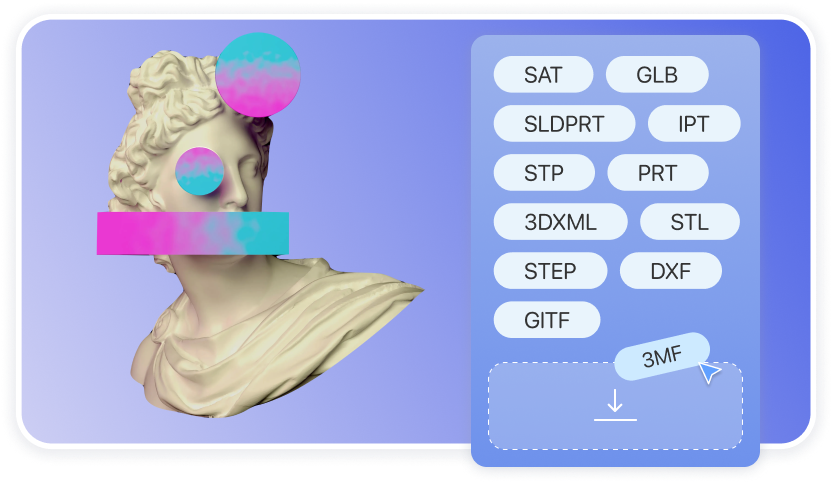 The Ukrainian payment system of monobank is with us now. Do not waste time and connect online payments.
And it doesn’t matter if it’s a service website or an online store; your benefit is easily visible in these numbers: until the end of June 2022, the transaction fee is only 0.6% for hryvnia cards and 1.8% for paying with foreign cards.
Connect your Ukrainian FOP (sole proprietor account) to monobank according to this instruction. 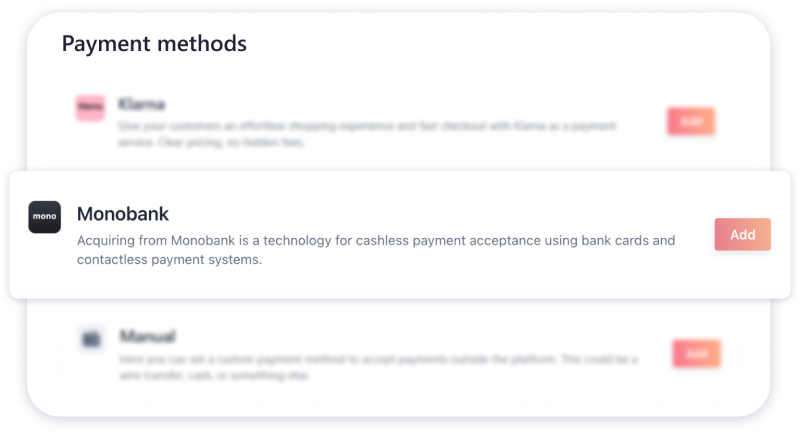 Shipment in your online store

There are two delivery services: courier delivery and pickup from the store. You can edit the name and description of each of these services, specify the shipping price and pickup address, request clients to fill in the data for the courier, and choose which payment methods are available for each delivery method. Allow your customers to choose shipping methods and include shipping costs in the order total. 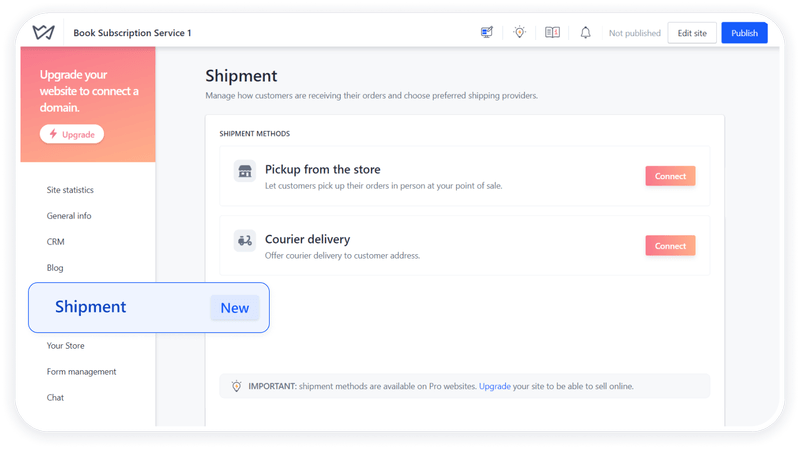 Create yours, for free!